We’re excited to introduce you (if you don’t know her already) to Jodi Meltzer, an Experience Camps’ caregiver and author of the new children’s book Goodnight Star, Whoever You Are (available for pre-order now; out on Oct. 26th). This heartfelt picture book, a “Mom’s Choice Award,” winner is geared towards kids in grades K-5, but many older readers (including our staff) will gravitate to it too. Jodi’s goal was to increase awareness and understanding of childhood grief to spare other kids insensitive and unkind remarks that stung both of her children. Most importantly, she hopes this book helps kids feel connected to the loved one(s) they mourn and to other children grappling with grief. We recently sat down with Jodi to learn more.

Can you tell us where the idea for the book came from?

I decided to write the book after a frenemy inexplicably made fun of my son for having a deceased father. The unprompted jab happened while my son was working with a group of kids in music class. Just four students in a back part of the room, out of the teacher’s earshot. My son saw an unattended recorder and wondered if someone was missing it. “Does anyone know whose recorder that is?” he wondered aloud. The kids shrugged…all except for one of them. 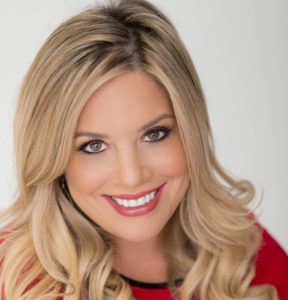 “It must be your father’s recorder,” a student responded, in a snide tone. “Oh, wait, I forgot. You don’t have a father.” That cruel remark hurt his heart, and it shattered mine. I decided then and there that I had to write a children’s book about grief, to give kids like mine an outlet for understanding and support, and for kids like his tormentor who need to be enlightened about a subject that’s not discussed nearly enough. COVID-19 just underscored the need for the book so I put pen to paper at the beginning of the pandemic.

Why did you decide to have the star represent a person who died?

My book highlights a shared phenomenon both of my kids experienced more than one decade apart. Note: I took an atypical path to motherhood. Unexpectedly, I met and later married a widower at age 32. The proverbial stork dropped a sweet 8-year-old girl on my doorstep first — one who mourned her beautiful mother at age 4. I distinctly remember long car rides with her where she would look out the window and think a star was following her on the way home. “That’s my mom checking up on me, reminding me that she loves me,” she’d say.

Fast forward 12 years later. I am driving in the car with my son after a long day at the beach. “Mom, there’s a star that looks like it’s following me,” he said. A tear sprang to my eye. He associated the star with his dad who passed after a heartbreakingly cruel battle with kidney cancer (and then expanded the possibility of it representing our sweet cat, Orangina, or one of his three grandparents who died). Two grieving kids, more than one decade apart, saw the same thing. They saw what they needed to see to self-soothe, to feel a connection, to believe that love transcends physical distance. I had to share their story with other children who might need to see the star, too. 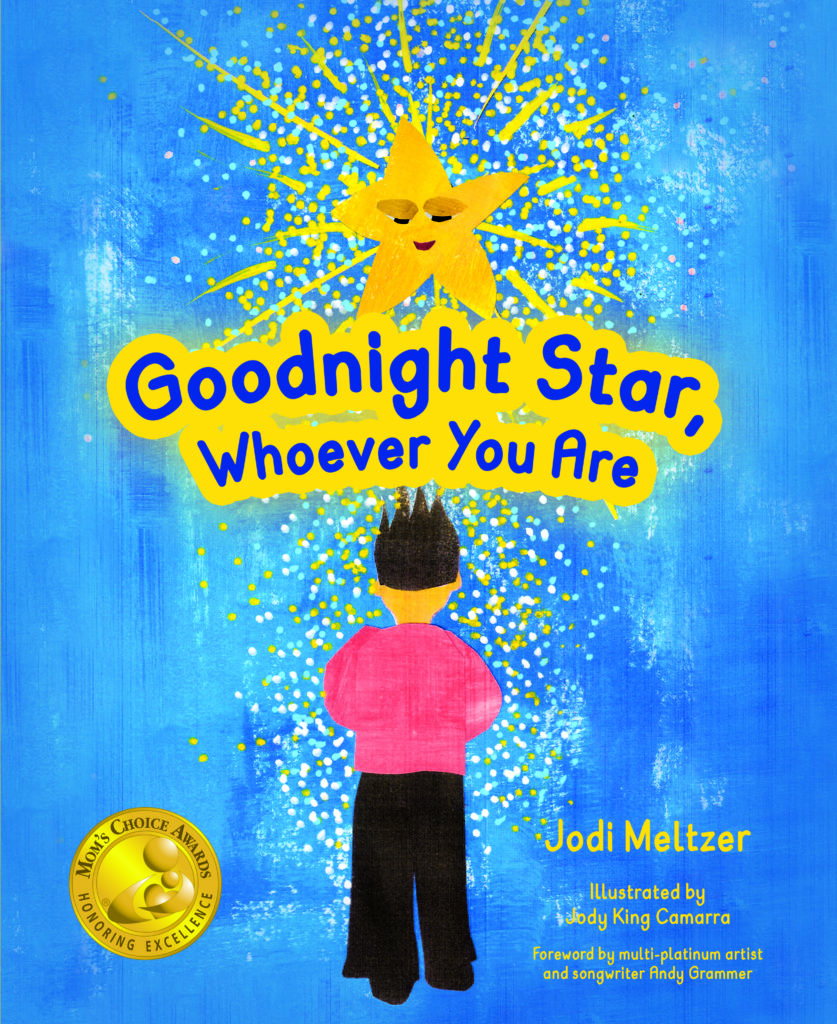 The book’s foreward was penned by multi-platinum singer Andy Grammer.

Who did the beautiful illustrations?

I met my incredibly gifted illustrator, Jody King Camarra, in kindergarten; we immediately bonded over our shared first and middle names (Jodi Lyn and Jody Lynn, respectively). She was my closest confidant throughout my formative years, and has stood by me for all of life’s highs and lows, from making a four-hour trip to visit me after the birth to my son to holding me up at my mom’s funeral. We collaborated on my last book, and her artistic flair paints this book in the most beautiful light.

Can you tell us about your relationship personally with Experience Camps?

My beloved son has attended Experience Camps since 2018, the year his dad died. I can’t adequately express the profound effect Experience Camps has had on his young life. He truly looks forward to the “best week ever” each year, forming unbreakable bonds with campers and counselors alike. The curve in his smile is different when he gets off the bus every summer. He feels heard, validated, and understood, and is equipped with the tools and support he needs to better process overwhelming grief. Best of all, he has the absolute time of his life doing this important work.

Jodi Meltzer is a multi-award-winning children’s book author who has also written extensively about grief for various publications, including HuffPost, The Mighty, Scary Mommy, and Thrive Global. Before motherhood, she was an accomplished anchor/ reporter who covered everyone from Hillary Clinton to The Goo Goo Dolls. She transitioned to mommy blogger in 2010―the year her baby boy swallowed her whole. She escapes his grips with sarcasm, bold coffee, and ’80s music/movie binges with her rescue dog curled up on her lap. A Boston native, she recently relocated to Tampa in search of more sunshine, literally and figuratively. To learn more, visit jodimeltzer.com.

Holiday Host Etiquette When a Guest(s) is Grieving

How to show up for guests who have suffered loss at your holiday festivities in a way that's truly supportive.

When Goodbye Wasn’t an Option

While we can’t change the circumstances, we can acknowledge the challenges sudden grief presents, and do a few things to help get through.

How to Have Hard Talks with Kids about Grief

Navigating Grief During the Holidays

This Is Grief, Too.

So many scary feelings have become all too familiar in our minds and social media feeds as Coronavirus continues to ravage.