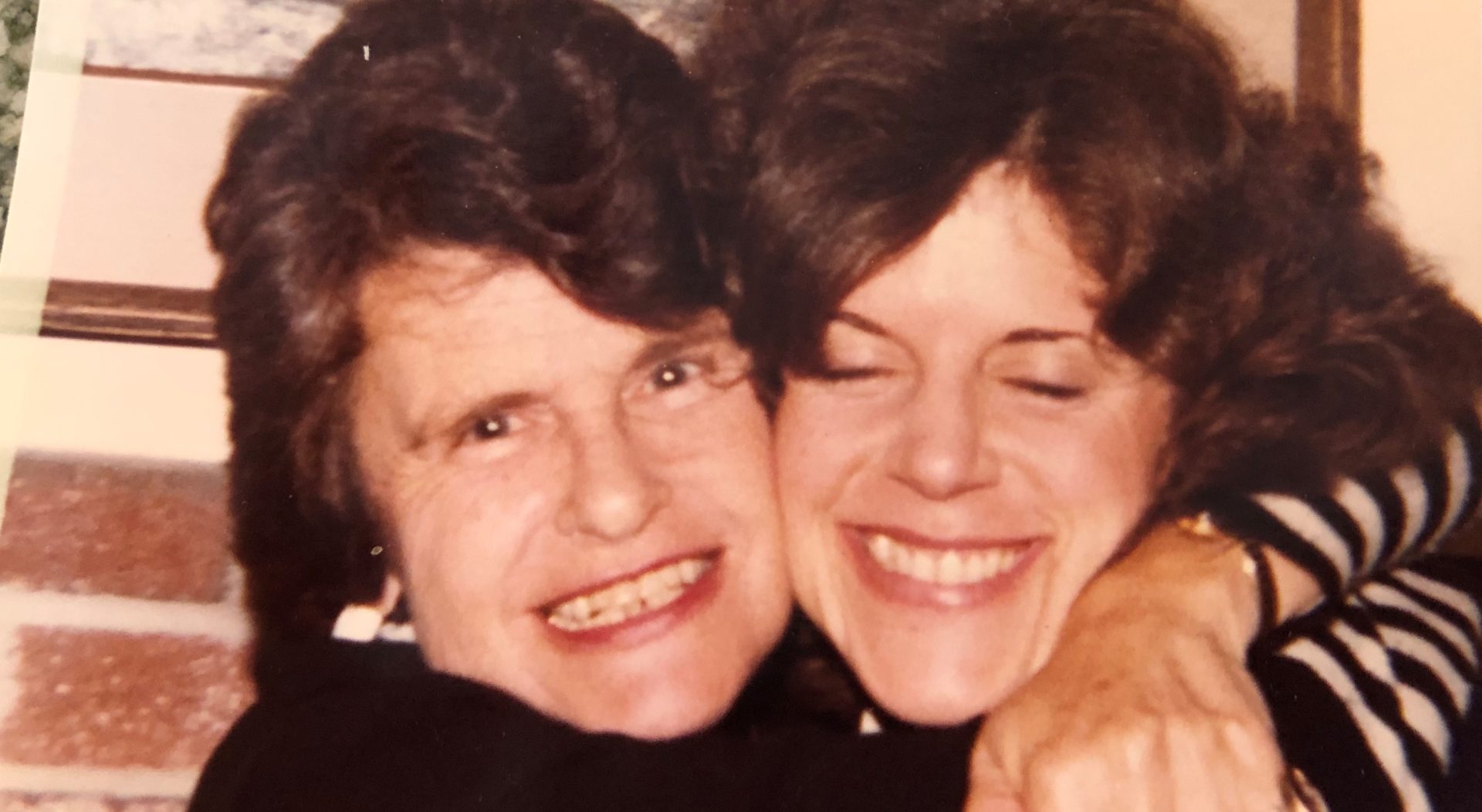 Unbroken Bonds: Reflections on the Loss of Moms

It took me well into middle age to figure out that my interest in grief was rooted in my very early years. My maternal grandmother, Alma, died before I was two and my mother grieved this loss indefinitely. One might think a grief specialist wouldn’t word it that way, as grieving is in some ways always indefinite. But the loss of Alma hung over my mother for so much of my life that I did feel this ghost, this absence, in a very profound but unexplored way.

The void she left was Mom’s greatest loss. And although I never knew this woman, I understood that the rupture of their bond had subtly unmoored my mother. I understand it even better now. Mom has been dead for 18 months. 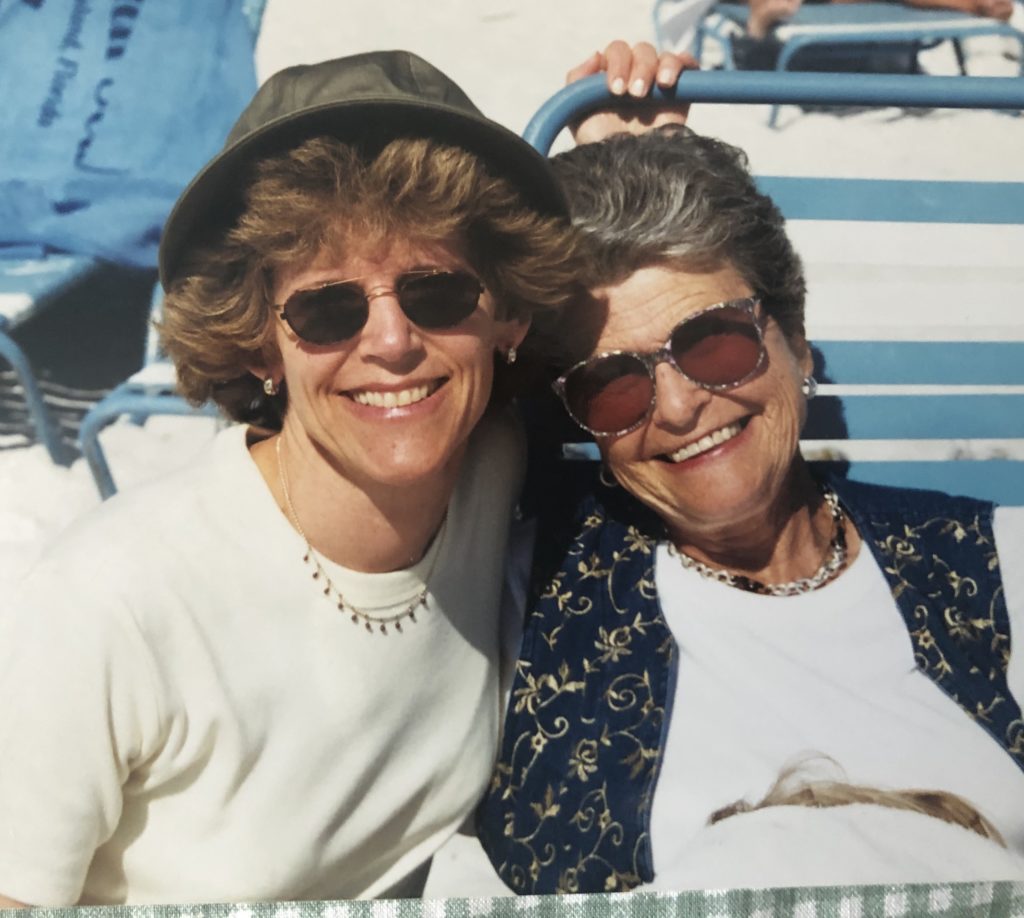 My mother is now with me and is felt in my own children’s souls.

To have had the “good fortune” of having your mother alive for so many decades is immeasurable. I often pose the question to myself, “what more could you ask for?” Her dementia had pretty much robbed her of any meaningful interactions, her completely diminished memory meant that minutes and hours all just morphed into each other for her. She was able to say, in a surprisingly appropriate tone, “Where is it that I live? I get confused. I know my mind isn’t right.” She didn’t complain, but for years had told me, in that direct and matter-of-fact way that I have internalized and made my own, “We live too long.” She and I had talked, in passing, half joking, of the fact we couldn’t end her life even though we both knew she was done with it.

And yet, despite her final years being filled with painful confusion, with total lack of memories, despite the fact she couldn’t even remember Dad, I do find such security in her having stuck around for this long. Dementia aside, I still had my mom. Or at least some of her.

I work in grief programs—including as a Clinical Director for Experience Camps—in which parents have died early, leaving children behind. Young children, older children, infants, and teens. In these weeks, we help facilitate conversations about the impact of these deaths. We help foster connections with other kids who’ve had similar losses and who “get it.” We smooth the bumpy roads these deaths have created and offer comfort, strategies and skills that normalize the bumps. We offer breaks from the pain with relay races in pools and milkshake contests and dance parties. We bring together support and memories and childhood silliness.

What a mother means to a child….. volumes are written, from multiple perspectives and still, it’s nearly impossible to capture with mere words. Mothers are in our visions, our touches, our smells even. They hold a primitive, grounding, life-affirming place like none other. When our grief camp program was in its infancy, I remember walking with the founder after our first, sobering, day-long bereavement training for the staff. Through tears, she said that now that she was a new mom, the impact of what we were doing was hitting her with an excruciating force. That mother/child bond was not meant to be broken. Not really ever. No matter how many decades.

But just as my grandmother always stayed with her daughter, then radiated down to me through Mom’s soul, my mother is now with me and is felt in my own children’s souls. The kids in our programs will carry their own lost figures in their souls. Their parents’ presence will be a part of them forever. Those visions, touches, smells, personalities will permeate them for their entire lives and will pass down to the next generations. Without a doubt, they were tragically robbed by not having all those years. But those bonds will live on. They’re not meant to be broken.

Cathy Spear has been a clinical social worker in the Boston area for decades. Twenty years ago, she helped to start a week-long, overnight camp program for grieving girls in Maine. A traditional overnight camp was offered to girls from all over New England, with griefwork woven throughout the week. Cathy designed the camp’s grief component, as well as the CIT program for the older girls, and over the years, she grew to appreciate what an impact this kind of week could offer its campers. In 2013, Cathy collaborated with Experience Camps to bring this magical week to girls in California and has been Clinical Director at Experience Camps in California since then, with 2021 being her final summer.

Young People Can Handle the Truth

No matter the type of loss, we’re here to remind you that honesty is always the best policy, and they CAN handle the truth.

Camper Spotlight on a 14-year-old Musician

How a new camper at Experience Camps has been transforming some of her grief into joy with a ukelele, YouTube, and talented older siblings.

Parenting While Grieving: Having Enough Water in the Well

When Goodbye Wasn’t an Option

While we can’t change the circumstances, we can acknowledge the challenges sudden grief presents, and do a few things to help get through.

Suggestions from one father on how to parent as a widower