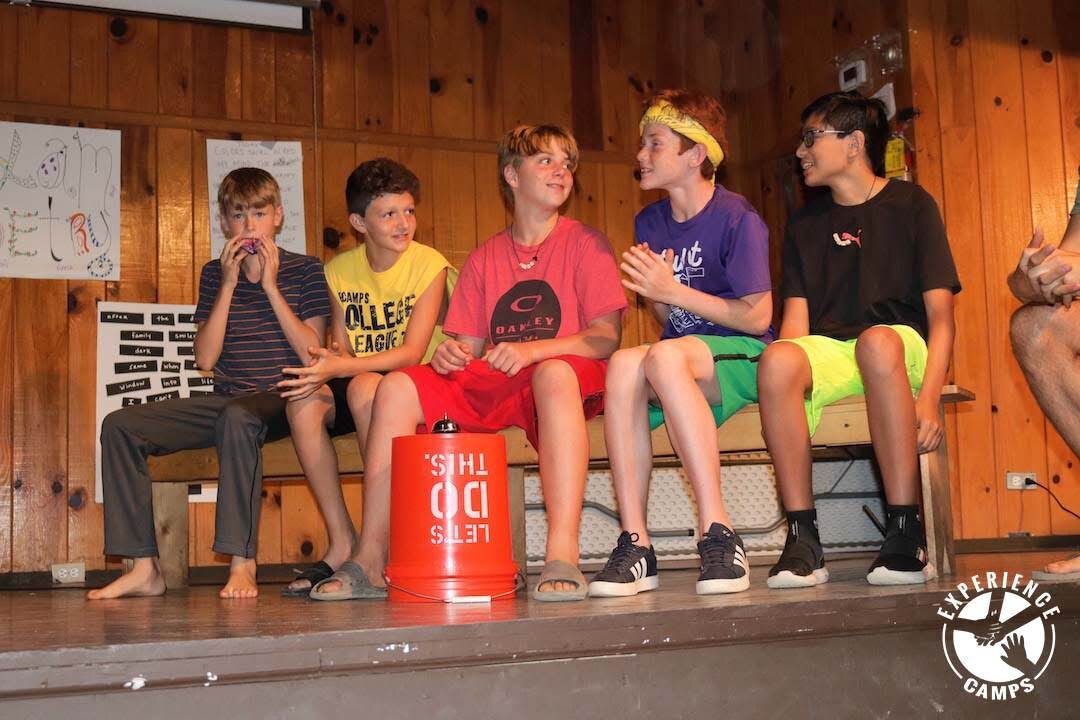 Noah is an active 11-year old boy with a vivacious imagination. Noah likes to tell jokes and doesn’t usually take things too seriously. Camp has allowed Noah to learn about his grief and grow at his own pace as he continues to process his mom’s death.

On June 20 2017, Noah’s world was turned upside down when his mom died by suicide. The loss was so abrupt, and his family didn’t know what to do, what to say, or how to say it. His dad and stepmom heard about Experience Camps through a family friend, and although the death was still very recent when Noah attended camp for the first time that summer, his family says, “it was just what he needed.”

Noah recently sat down with some of his mom’s closest friends to ask them questions and talk about his mom. They marveled at how mature he was and the “mountains he has moved” in processing his own grief.

When reflecting on what camp means to him, Noah says he has learned his grief will always be there, but it’s okay to be happy. He doesn’t feel alone in his grief anymore. As more and more kids come to camp each year, he knows “it just means there are more and more kids going through what I went through.”

Experience Camps has become a village for his whole family, connecting Noah with other kids and his parents with other caregivers who “get it”.

Father’s Day can be a difficult time for many grieving children. Read some stories written by our campers.

My Name Is Keith and I Am One of the Original 27 Excamps Campers.

Keith, one of our original 27 campers in 2009, is now a ManEx volunteer. He shares his story and journey from camper to volunteer.

Quinn talks with us about his experience at camp.

Experience Camps Is Part of Our Village…

In 2017, When Devon was 11 and Giana was 9, their dad, David, died suddenly of an undetected heart condition while driving.

Brooke was only four years old when her father died suddenly. Read more about her story and journey to Experience Camps.