Talking to Kids About Suicide, Homicide, and Overdose 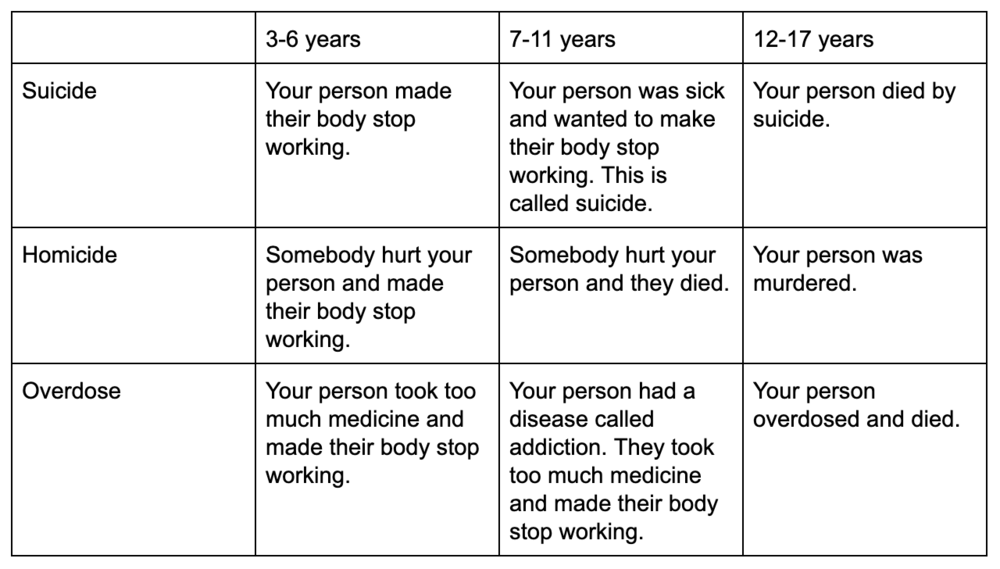 Explaining suicide: “People can get sick in their brain the same way they can get sick in other parts of their body. When their brain is sick sometimes they feel sad and hopeless and don’t want to be around the people they love. They might even hurt people they love because their brain is sick. They may have trouble making decisions or asking for help. When they are sad they might think about hurting themselves or ending their own life. This is called suicide. Do you have any questions?”

Explaining homicide: “We don’t always know why, but sometimes a person wants to hurt another person on purpose so badly that they die. This is called murder (homicide?). Do you have any questions?”

Explaining addiction/overdose: “People can have a disease called addiction. They struggle with drugs or drinking too much alcohol. When people have addictions it’s hard for them to think about anything else. They might hurt people they love because they can’t think about anything else. Sometimes they take so many drugs or drink so much alcohol that their bodies stop working. This is called an overdose. Do you have any questions?”