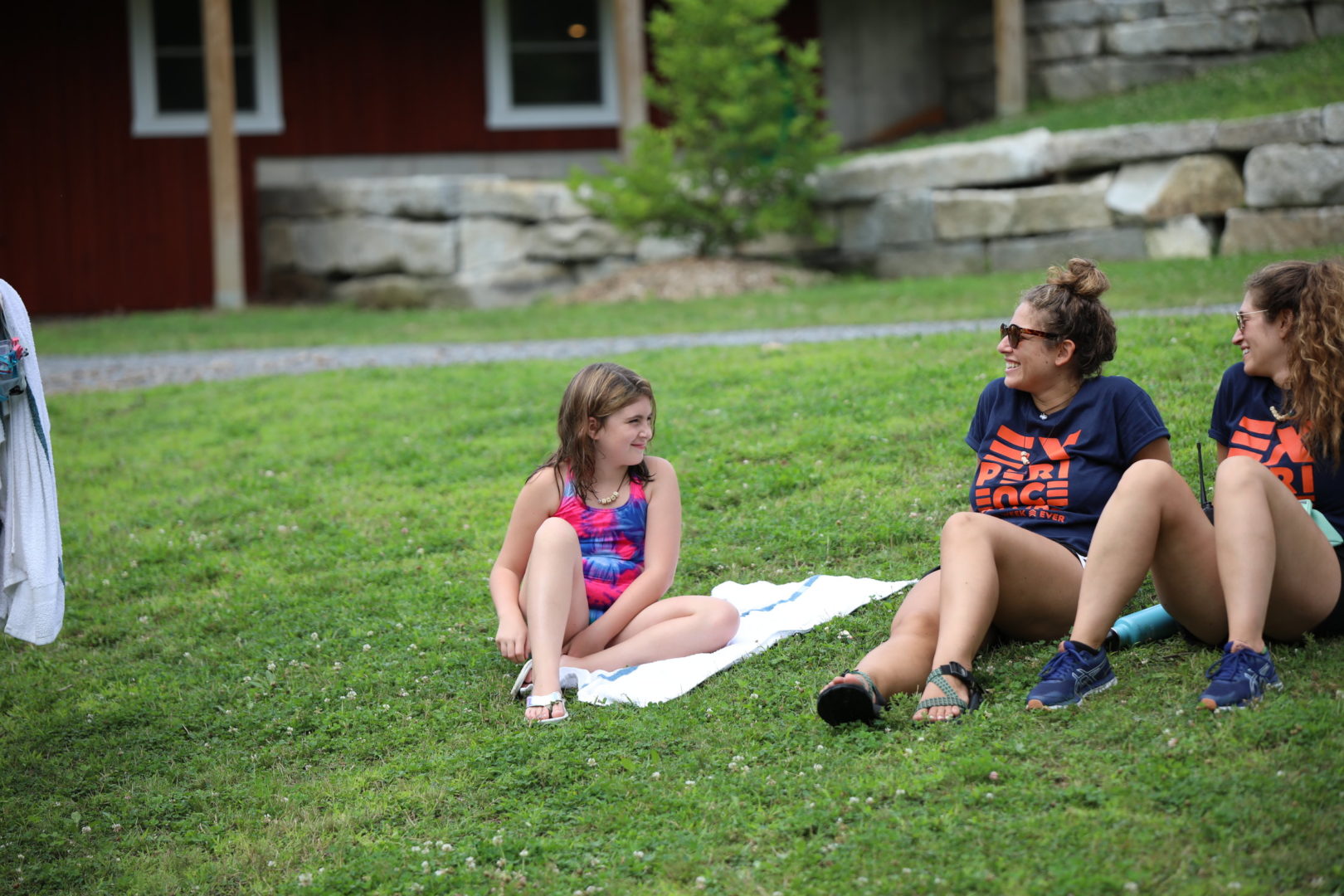 I learned about Experience Camps from a volunteer initiative at a former job and once I heard about the organization, I jumped at the chance to apply to volunteer. My dad, Brad, died in 2012 from liver disease when I was 23. He had struggled with liver disease for many years but we had no forewarning that his death was a possibility. Our family felt blindsided and stunned. Following his death, I felt a deep desire to connect with other people who had experienced loss, to find people who “get it.” I hoped that finding a community would help me get through the tough times that were to come. Little did I know that the Experience Camps community would not only become some of my best friends, but would become my family as well.

My first year at SomEx was the founding year and I had no idea what to expect. I drove to Smithfield, Maine knowing no one in the organization. What would a week at grief camp be like?

During the first year, I was a cabin counselor with the Bunnies, the youngest cabin at camp. I was nervous because I didn’t have a lot of experience with kids of that age but immediately I was swept up in their sweet souls, their strength, and their affinity for The Greatest Showman. Working with the campers through all of the grief activities and seeing how openly they could share, but then how quickly they could bounce back and have a ball at Gymnastics or Waterfront, left me in awe. I thought about many of them throughout the year – how were they doing in school? How were their families coping? Would they be the same fun loving crazy kids that I met the summer before? 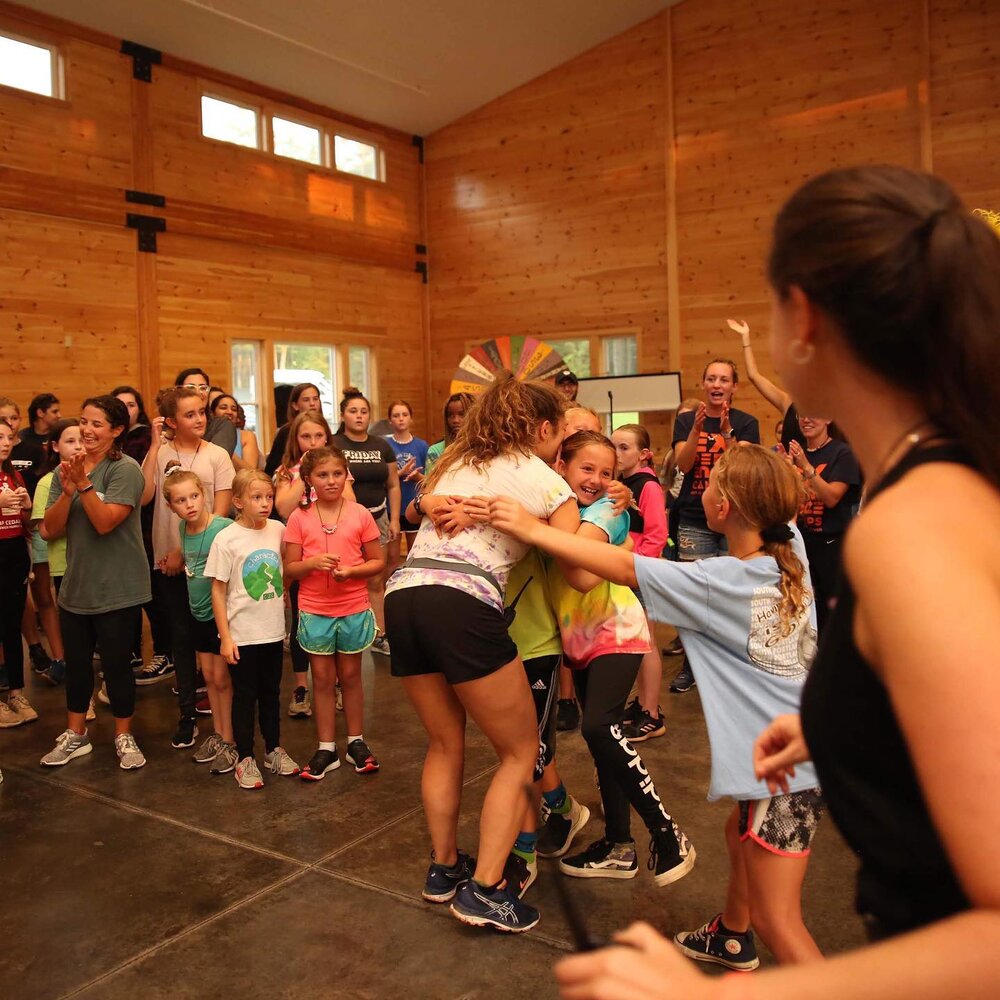 This year at SomEx, I brought my younger sister Zoe with me to volunteer and I returned as a Unit Leader. Being at camp with my sister was absolutely life changing. We got to grieve together in a way that we had not been able to in the 6+ years since our Dad died. I got to work with my Bunnies from 2018 and also spend time with a number of other campers who brought that same sparkle and love. The goal was to give these kids the Best Week Ever and I can say that we certainly achieved that. One major highlight this year was creating the first ever SomEx counselor acapella group – SomEx Like It Hot (we even battled the ManEx acapella group during the staff party!), as well as performing with my co-counselor Caroline during campfires. Being able to share the beauty of music and set the tone for these special evenings was indescribable. 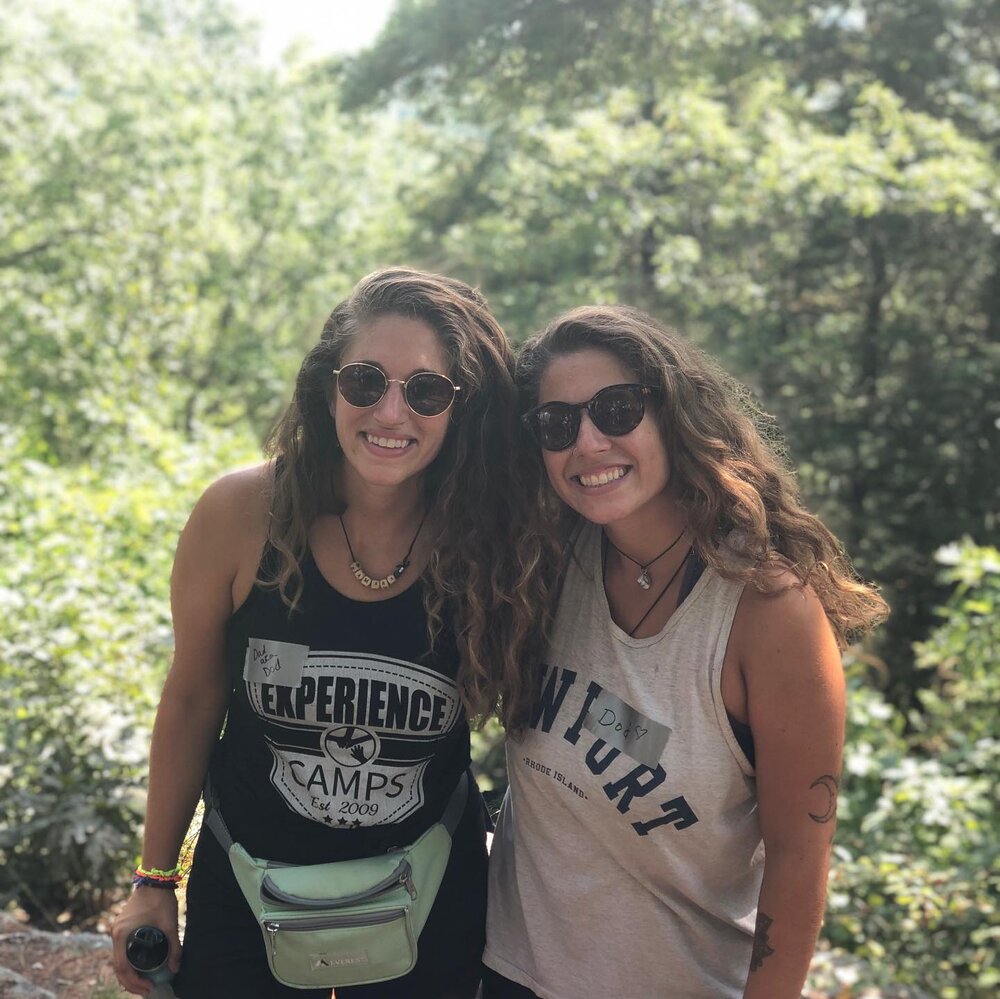 Spending a week with the campers and staff at SomEx has completely changed my life. I feel so fulfilled knowing that I get to help kids going through the same “firsts” that I have worked past and hope that I will be a role model for them as they grow. The SomEx community has become some of my deepest friendships and I look forward to our reunions and, undoubtedly, our dance parties.

Applications are now open for volunteers for Summer 2020. Apply today.

Why a 19-year-old volunteer worked at three Experience Camps this summer and donated his mom’s teaching pension to our organization.

Experience Camps entered my life when I needed it most and didn’t even realize. I went as a volunteer for the kids.

I wake up everyday when all of a sudden the harsh reality sets in.  My best friend, my hero, my dad is dead.

From CalEx Volunteer to Town Trustee…

Laura Skladzinski was a first time CalEx volunteer in 2018. She lives in Boulder, CO and is a management consultant for PWC.

I’ve spent 5 of my 6 years with the same bunk, and they have all grown into incredibly kind, caring, young men.